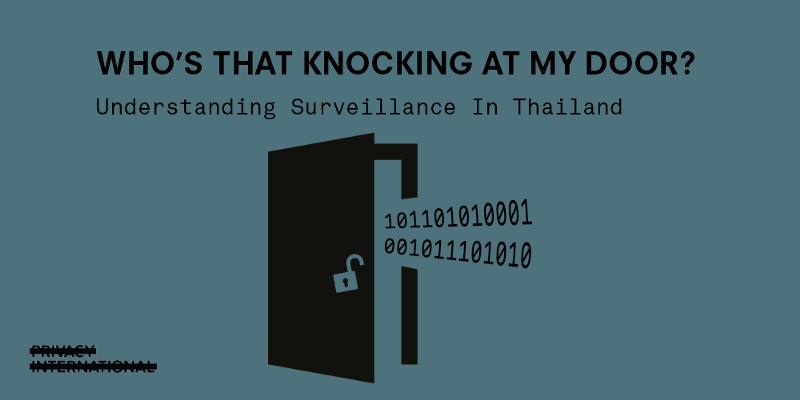 Privacy International called for the Government to abide by their international obligations and respect the right to privacy, and for Microsoft to reverse course, and turn off trust by default of the government’s certificate. We also called for a stronger legal framework to be put in place in the country which would allow companies to deny request for interception of communications.

The coverage of our report in Thailand prompted a series of responses from the Thai Government, which we have detailed below. Privacy International will continue its advocacy around Thai Government surveillance practices, and Microsoft’s potential facilitation of such surveillance.

In an interview with Khaosod English, when asked for comments about the report, Government spokesperson Sansern Keawkamnerd said

“[surveillance] is not an issue in Thailand though a lot of people try to make it one”, before adding “I am available to talk, but I won’t talk to you because I have no faith in your organization, the same way some of your editors have no faith in the government.”

Interviewed by The Nation, Sansern Keawkamnerd said the Government was “too busy” and did not “have time to spy on people.” He told The Nation he had not read the report and “probably would not bother.” According to The Nation, he said “the government has a lot of work to do reforming the country and achieving reconciliation, so there is no way it could spare time to spy on people. It is just impossible. Nobody could do such a thing. Think about it. The population is 70 million and some carry as many as three smartphones. How could anyone possibly be able to keep track of them when the work at hand is already overwhelming?”

Khaosod English also approached Maj. Gen. Pisit Pao-in, who currently serves on the National Reform Steering Assembly and whom was mentioned several times in our latest report for his role on surveillance in Thailand. He said he was “just a middleman helping the government reach out” and was “unaware of any attempts at direct surveillance.” “You need to ask those in the government who are responsible for it,” he added.