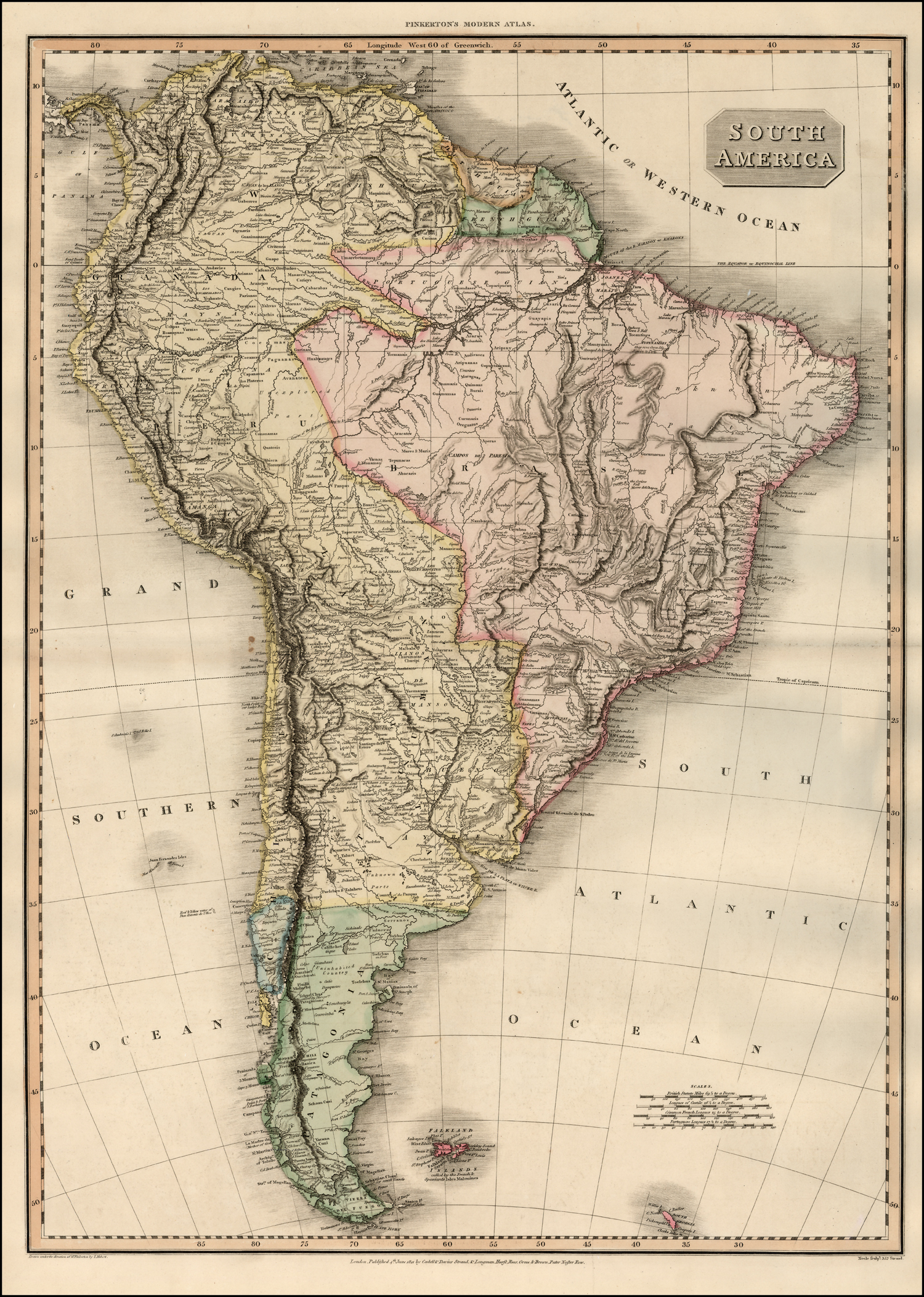 The exclusion caused by ID can have a devastating effect on people, limiting their opportunities and ability to survive. In September 2018, Privacy International interviewed people in Santiago, Chile who had faced problems from the Chilean ID system, known as the RUT. Names have been changed.

Carolina is in a more privileged position than many other migrants, she admits that. She has a formal job, for one. She is – and has always been – in Chile legally: her previous visa has expired, and her new one is being processed. Under the law, she is permitted to stay and work in the country while this is happening. But she is finding the visa process slow – Carolina thinks that it’ll take her almost a year in total to complete the process.

But, despite her status in the country, what she can do is severely limited. “I can’t sign a lease, I can’t get married, I can’t go to the bank to change anything. I can’t close my bank account, open a bank account, even get a new debit card.” As she describes it, “You can’t really get into any new [contractual] relationship with anyone”.

There is one reason for this: to do any of these things requires that she has a Chilean ID, with it’s 9-digit ID number known as the RUT. Carolina’s RUT expired along with her previous visa.

She initially started working for her employer in their Venezuelan office, but when the situation in Venezuela became too challenging, she moved to their office in Santiago.  On the initial work visa, she was given a temporary Chilean ID card with the RUT number. It is this number that forms the basis of much interaction with both the state and the private sector. And it is through the ubiquity of this number that the issues arise.

Carolina feels that the increase in migration in Chile has tested the system. “Right now, the system  is overloaded.” The timing of visa applications seems to have slowed to a crawl. She submitted her application in June 2018 but was recently told that it would take until at least March 2019 to process. After that, it could take another month to get her RUT. This leaves people like Carolina in an impossible position: she is in Chile legally, but – without an ID – she is left in a precarious position. “You are legal, but on the other hand you’re not.”

Carolina still has her expired RUT card. Her status as an immigrant is visible on the card to anyone who sees it: the card has the word “Extranjeros” – “Foreigner” printed on it. The RUT number itself also reveals her status. For someone born in Chile, the first two numbers of their RUT indicates their year of birth, as numbers are issued in sequence – for instance, RUT cards of a baby born today start with 21. For foreigners, however, the first two digits are higher: Carolina’s card starts with what she calls one of the “foreigner numbers”: 24, 25, 26. “ “If you are going to register for things online, people would be able to know, even if you don’t have a field that says foreigner, you are a foreigner because of the number.”

Carolina has to travel internationally for work, which can prove problematic, as she is reliant on an official letter clarifying that her visa is currently being processed. She has to explain her status whenever she travels, but despite the irritation and delays this can result in, she recognises that she’s in a privileged position. One of the reasons she gives is that, unlike many of the other immigrants, she describes herself as white. “If you’re darker, it’s harder to get in.”  She also usually travels by air, not land, which she also feels will make it less likely to be refused entry or exit. But still, she describes how migrant friends of hers who have expired RUTs face delays and cancelation of flights at the airport. “It’s a roulette. Which is a problem in itself, because it’s not predictable.”

Carolina is a very organised person, and keeps a notebook full of neat, organised daily to-do lists. This organisation has stood her in good stead; she opened two bank accounts while she still has a valid RUT, as it’s not possible to open an account without one. “Right now, it’s expired [the RUT], I already have a bank account, for instance, I got it when the RUT was valid, I got my apartment, so that I did everything before the RUT expired, I was very on top of things.”

However, it’s not possible to perform certain functions at a bank without a RUT number. “Right now I don’t really have any problem, the problem would be if I lost any of my cards, for instance if I lost my debit card I wouldn’t be able to get a new one. So I would have to, I don’t know … I have two bank accounts, that’s my case, most people don’t have two bank accounts.”

Other financial measures, like checking her credit file, are impossible without a valid RUT. Similarly, Carolina felt that having a “virtual credit card” would make some transactions easier; again, the lack of a valid RUT made this impossible.

Others in Carolina’s position face far greater problems. A simple subway theft, for instance, can have serious consequences: a friend of hers, also in Chile legally on a visa and without a RUT card, had her wallet stolen on the subway. As a result, “she can’t use her bank account anymore, she had to transfer the money she had online. You can’t do anything at the bank, you can’t approach the bank. She had to transfer everything she had to her boyfriend, and so he’s managing her money for her.”

Accommodation, too, can be a challenge. Carolina got her apartment when she still had a RUT. But, if she had to move, she would not be able to get a new place. This is because she cannot sign a contract without a valid RUT number. “Since my ID is expired, in order to rent a flat, to get the contract you have to go through the official register… It’s a very bureaucratic country. Nobody is going to rent you a flat [without that].”

It is legal for Carolina to work for her current employer, but it’s also not possible to change jobs. If she got fired, or lost her job, it wouldn’t be possible to get another one. “It’s not because you can’t work. You are legal to work. But since you don’t have the ID, you can’t sign [a new] contract.”

The problem, as Carolina describes it, is that many Chileans cannot imagine a situation where a person doesn’t have a RUT number. Even in areas where it isn’t a legal requirement, people are still required to show their RUT: “it’s just how the system works they [Chileans] are so used to needing the RUT for everything, they just stumble on this, and they can’t function anymore.”

The immigration situation has made things worse. Carolina was talking to an acquaintance of hers from Latin America who moved to Chile a decade ago. “She says that because at that point they didn’t have foreigners – nobody came here – those procedures took a week. In one week, you have everything! It’s just the amount of people who are coming, they are not prepared.”

One of the challenges of the RUT is its ubiquity – the need to show it in situations as diverse as shopping or getting a library card. The challenge here has a strong social element. Reflecting on how it was before getting her RUT, Carolina said: “When I didn’t have the number, I felt really out-of-place constantly. For example, if you go to buy things at the supermarket... they ask for the RUT, and say I don’t have one, that moment is awkward, and you feel like it could lead to something worse… If you come with the feeling that you’re already feeling out-of-place, that you don’t belong and that you’re not welcome, then that just reinforces the awkwardness of just living and going about your day. And it happens three times a day and it just keeps piling up.”

Lacking a RUT, Carolina makes clear, would not necessarily affect your interactions with your friends. But even in circumstances such as going to a friend’s apartment for dinner, RUT has an impact. The concierge of many buildings demand to see the RUT of visitors. And if Carolina wanted to treat her friends to a takeaway, that could be difficult as she’d be unable to order online. “To open an account on websites, they ask for a RUT. Normally, you’re asked for an email and user name? No, you’re asked for an email and a RUT number.” These are not requirements from the law, but rather the practice of the private sector using the RUT as a unique way of identifying people.

For anyone moving to another country, working through the challenges of applying for visas and setting up a life can be a challenge. But Chile’s reliance on a single ID system places these people in an impossible position, excluded in many aspects of their day-to-day lives. As Carolina puts it, “You are legal, but on the other hand you’re not.”