Our relationships and interactions with governments are increasingly dependent on us providing more and more data and information about ourselves. We are seeing how this often strips people and communities of their privacy and dignity, especially those already disadvantaged, rather than empowering and helping them.

This is why we support the request of UK charities to scrap No Recourse to Public Funds policy.

Since 2012, a ‘NRPF condition’ has been imposed on all migrants granted the legal right to live and work in the UK. They are required to pay taxes, but they are not permitted to access the public safety net funded by those taxes.

This is not a topic we are known to work on but our support is not only a way to show solidarity to engaged organisations and affected communities.

Our relationships and interactions with governments and industry are increasingly dependent on us providing more and more data and information about ourselves. And, it is not only the information we provide knowingly that are integrated into our relationship with the systems. Because of the way these systems are designed, every single interaction generates and processes vast amounts of data about the transaction itself.

This increasingly happens with welfare measures - now also in the form of Covid-19 benefit. However, these short-term solutions often fall short of basic human rights safeguards, foreshadowing a concerning future for benefits claimants and increasing inequality.

This is why in 2019, PI created a strategic programme aimed at safeguarding peoples’ dignity by challenging current power dynamics, and redefining our relationship with government, companies and within our own communities.

What is No Recourse to Public Funds?

Section 115 of the Immigration and Asylum Act 1999 (IAA) states that a person will have ‘no recourse to public funds’ if they are subject to immigration control; public funds include welfare benefits and public housing. In recent years, the definition of people who are not eligible for public funds due to their immigration status has been widening (more information can be found on the NRPF network's website).

In a recent op-ed, JCWI’s Director Satbir Singh explained the history of the policy:

No recourse to public funds (NRPF) was introduced by New Labour in 1999. In 2012, Theresa May [then Home Secretary] expanded it to include even those who moved here to live with their British families. The policy has been debated and defended more than 200 times by both Labour and Conservative governments, and at least 80 times since Johnson became prime minister.

As our joint letter explains:

“NRPF restrictions have been pushing working families into abject poverty, forcing them into unsustainable debt and into homelessness or unsafe, overcrowded, insecure housing. Since the Covid-19 outbreak, this situation has considerably worsened. UK guidance has been clear on the need to “stay home, save lives and protect the NHS” but NRPF conditions have made this impossible for most migrants and their families. Without support, people are forced to work in unsafe conditions, cannot remove themselves from unsafe housing, and are unable to both effectively self-isolate and feed their families. Many of those in this situation are the essential workers on whom we all depend.”

Migrants are bearing the burden and losing agency in their migration experience. Their fate is being put in the hands of systems, driven by data processing and tech innovation, that are feeding the surveillance and data exploitation ecosystem driven by governments.

We need a humane approach to immigration based on the principles of fairness, accessibility, and respect for human rights.

The Right to Live with Dignity

Rising concerns around austerity, transparency, efficiency and financial management have fed into a narrative of technology as a magic cure-all to socio-economic and political issues.

There is no question that technology can help governments to address their obligations to realise economic, social, cultural and environmental rights and some of the key challenges they face in doing so to ensure individuals and communities live with dignity, but safeguards and due process guarantees need to be taken into account from the outset in order to identify and mitigate risks, and provide access to redress.

But the promises made with innovation have not been enjoyed by all equally.

Our agency and autonomy, as individuals or communities, varies as those power dynamics often mean that we are merely passive actors of a pre-defined system for which the specificities and rules have been set by others. Even once deemed eligible recipients need to maintain their eligibility, which involves being subject to various forms of monitoring and surveillance by the state and facilitated by the private sector.

For example, our recent research on social media monitoring shows that in the UK, Local Authorities are increasingly looking at people’s social media accounts, such as Facebook, as part of their intelligence gathering and investigation tactics in areas such as council tax payments, children’s services, benefits and monitoring protests and demonstrations.

Project 17 is an organisation working to end destitution among migrant children in the UK. It works with families with no recourse to public funds (NRPF). They informed us that:

"It is common for families with no recourse to public funds who attempt to access support from local authorities to have their social media monitored as part of a ‘Child in Need’ assessment.

This practice appears to be part of a proactive strategy on the part of local authorities to discredit vulnerable families in order to refuse support. In our experience, information on social media accounts is often wildly misinterpreted by local authorities who make serious and unfounded allegations against our clients.

In some cases, local authorities will go so far as to use such information to make accusations of fraud and withhold urgently needed support from families who are living in extreme poverty."

This strips people of their privacy and dignity and it is of particular concern for people and communities who are inherently disadvantaged within our socio-economic and political ecosystem.

Covid-19 doesn’t discriminate - nor should the Government

Covid-19 doesn’t discriminate based on immigration status. And yet, in the UK, as a result of hostile environment policies, people without secure status are afraid to go to the doctor even when a global pandemic threatens their lives.

In times of Coronavirus, many workers - from nurses and cleaners to delivery drivers - are not protected by the government’s Covid-19 schemes and are often forced to do dangerous work at minimum wage and maximum risk because they have no alternatives.

This is why we joined many other organisations asking the Prime Minister to lift No Recourse to Public Funds restrictions swiftly and completely. We are only as protected as the least protected amongst us and it is vital that urgent steps are taken to protect and support migrants and their families.

At a time where the mass surveillance of protests has been at the forefront, the UN High Commissioner for Human Rights released a timely report on the impact of new technologies on the promotion and protection of human rights in the context of assemblies, including peaceful protests. (hyperlink to
Continue reading
Long Read 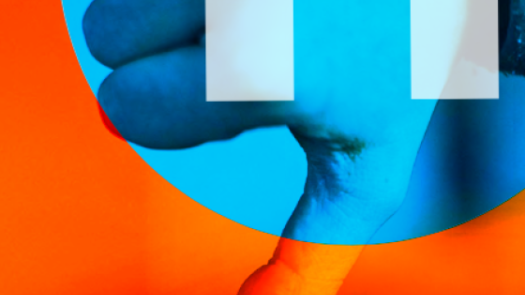 The UK Chief Surveillance Commissioners have repeatedly raised concerns about local authorities using the internet as a surveillance tool and suggested they conduct an internal audit of the use of social media sites.

Privacy International sent Freedom of Information requests to local authorities in the UK to dig deeper into what's going on.