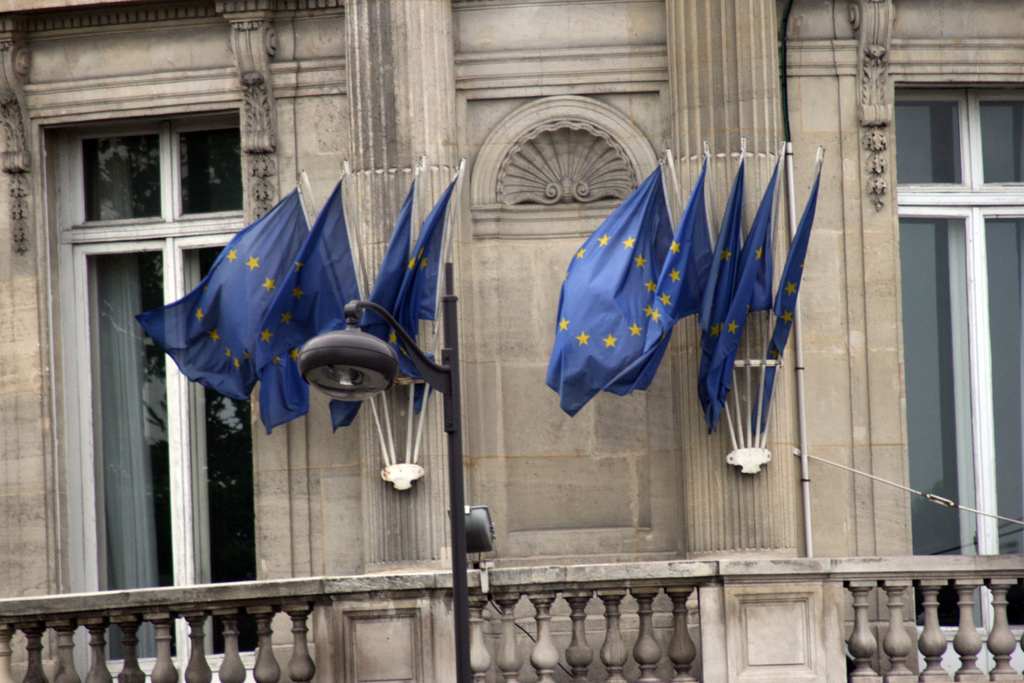 We the undersigned are calling on you to reject the 'Draft Council Regulation on standards for security features and biometrics in passports and travel documents issued by Member States'. This is an unnecessary and rushed policy that will have hazardous effects on Europeans' right to privacy. This policy process requires additional oversight, and the eventual systems established will require significant controls and a strong legal framework to ensure that this is a proportionate response to the war on terrorism. In particular, we call for the removal of the requirement for fingerprinting all EU citizens.

We are quite alarmed by the political dynamics at play in this policy decision.

1. The Council of the European Union pressed the European Parliament into including the Coelho reports on biometric identifiers on the agenda for the mini-session on Wednesday, 1 December 2004.
2. Behind closed doors on October 25 the Justice and Home Affairs Council decided to introduce mandatory fingerprinting for all EU citizens into the draft regulation.
3. The Parliament's response to this significant shift in policy is even more alarming: a majority of the Presidents of the Political Groups accepted the claim that the change was not sufficient grounds for the report to be sent back to the LIBE Committee for further consideration.
4. If the Presidents had refused to accept, the Council would have called for an urgency procedure.
5. If the Presidents had refused, the Council threatened to delay the introduction of the co-decision procedure for immigration and asylum issues to April 1 instead of January 1.

These dynamics are irresponsible and unhealthy for a functioning democratic system.

Securing our passports from fraudulent use is indeed a pressing need, particularly considering the substantial number of blank passports lost every year. The proposed policy that is being presented to you for review will however have significant implications. This policy is dependent on an unprepared and under-developed technological infrastructure. It will therefore lead to an increased risk of abuse.

The European Parliament needs to provide sunlight to this policy process through oversight and an open deliberative process.

The grounds for changing our passport standards are many and varied. Yet the proposed changes in this policy are without foundation. U.S. law does require biometric passports programmes to be in place by the Autumn of 2005 in order for countries to remain part of the Visa-Waiver Programme. U.S. law also requires the standard for these programmes to be established by the International Civil Aviation Organization. However, neither the U.S. nor the ICAO requires biometric passports in the form proposed by the Council.

We would like to take this opportunity to remind you that

We are thus alarmed by the omission of these facts from the current debates.

Lurking behind this policy is the creation of an EU-wide database system that will store the personal information of over 450 million people. This database is neither required nor is it technologically desirable. The European Commission previously advocated a centralised database solution, but even then the Commission noted that further research is necessary to "examine the impact of the establishment of such a European Register on the fundamental rights of European citizens, and in particular their right to data protection." [COMM04]

Centralised EU databases covering passports, visa and residence permits will be linked through SIS II. This risks becoming a mass surveillance infrastructure tracking the movements of all residents and citizens. Plans to give access to all law enforcement and internal security agencies risk the misuse of sensitive personal information. To date, there have been too few studies, if any, of these problems and challenges. Policy as important and far-reaching as this requires more care before being adopted.

We would like to further remind you that the risks to privacy are well known. In particular, European Privacy and Data Protection Commissioners have long warned of the dangers of biometric data collection.

The Article 29 Working Party on Data Protection rightly notes that fingerprints are usually collected from criminals. The increased collection of highly personal information will de-sensitize us to the effect that this processing will have on our daily life.[ART2903]
This proposal may not make us any safer and may in fact create more risks, and even greater potential of reuse and abuse. Centralised databases are prone to abuse, and fingerprints can easily be collected without consent, and are thus ideal for additional surveillance.[ART2903]
Even face recognition technology reveals racial or ethnic origin,[ART2903] which under EU law is of a highly sensitive nature and deserves even greater privacy protection.

Additionally, the International Conference on Data Protection and Privacy Commissioners in 2003 declared that

"In the fight against terrorism and organized crime, countries should determine their responses paying full regard to fundamental data protection principles, which are integral parts of the values being defended."

They recommend that in situations where there are required interventions into the right to privacy,

The current proposal does not sufficiently address these most basic requirements. It lacks a legal framework to protect privacy rights. This deficiency is inexcusable, particularly as the personal information of Europeans is collected and transferred abroad.

When the U.S. implemented its mass fingerprinting and face-scanning programme for all visitors, the world responded with alarm. All visitors over the age of 13 will now have their fingerprints taken and stored for 75 to 100 years by the Department of Homeland Security, and will be shared with other government departments and agencies, and other governments.[PIVISIT04]

The Council's proposed policy goes well beyond this already problematic US-VISIT programme. The U.S. Government is not fingerprinting its own citizens. The EU policy intends to fingerprint all EU citizens, residents, and visitors. The secondary effect of this policy is that whenever EU citizens travel abroad (not necessarily to the United States), they will again be required to register their fingerprints and face-scans with foreign governments as their passports are verified. As a result, the EU is drastically enlarging the US-VISIT programme by turning it against its own citizens and then globalising this practice.

It is also worth noting that never has a system of the scale of 450 million individuals' fingerprints ever been tested, because a surveillance system of this magnitude is unprecedented.

According to one expert, our understanding of fingerprints "is dangerously flawed and risks causing miscarriages of justice". [MNOOKIN04] Amongst the many cases of mistaken identification through fingerprinting, we would like to remind the Parliament of the recent case of Brandon Mayfield. After the Madrid Bombings of March 11, 2004, Spanish National Police managed to lift a fingerprint from an unexploded bomb. Three highly skilled FBI fingerprint experts declared that Oregon lawyer Brandon Mayfield's fingerprint matched. U.S. officials called it "absolutely incontrovertible" and a "bingo match." As a former U.S. soldier, his fingerprint was on the national fingerprint system. Mayfield was imprisoned for two weeks. The fingerprint, however, was not his. According to one law professor,

"The Mayfield misidentification also reveals the danger that extraneous knowledge might influence experts' evaluations. If any of those FBI fingerprint examiners who confidently declared the match already knew that Mayfield was himself a convert to Islam who had once represented a convicted Taliban sympathizer in a child custody dispute, this knowledge may have subconsciously primed them to "see" the match. ... No matter how accurate fingerprint identification turns out to be, it cannot be as perfect as they claim." [MNOOKIN04]

When all of his personal information was combined, however, the FBI was convinced. Yet according to a recent panel of experts, they were wrong.[HARDEN04] As we increase the collection of biometric information away from criminals and other select groups, errors are likely to increase. The technologies in our midst, and our methods, are not perfect.

The Council and the Commission are busy implementing many other systems of surveillance that will involve increased personal data collection, data mining, and data sharing. These policies together ensure that instead of achieving certainty and security, we only create more risk, danger, misplaced suspicion and abuse.

The fatal flaw in this entire policy process is the lack of adequate supervision, oversight, and deliberation. This must be rectified. We call on the European Parliament to play this key role in democratic process.

We call on the European Parliament to:

The EU is embarking on a policy that will make our most personal information the currency of travel, while creating one of the world's largest surveillance infrastructures. This is unprecedented and unnecessary.

These are serious times and we need serious policy based on effective deliberation. Rushing this policy through the European Parliament is not required, when careful scrutiny is necessary. The EU's respect for privacy is often considered the global gold-standard, and yet now the EU is revolutionising surveillance. When combined with data profiling and data sharing proposals also being developed by the Commission and the Council, Europe faces the real prospect of creating a surveillance behemoth.

We call on MEPs to oppose this proposed policy, and we look forward to working with you in the future on establishing effective policies for securing our societies whilst simultaneously securing our rights and liberties.

Bits of Freedom, The Netherlands

Endorsements after date of submission

[COMM04] Commission of the European Communities, Proposal for a Council Regulation on standards for security features and biometrics in EU citizens' passports. Brussels: The European Commission, February 18 2004, COM(2004)116final. Archived at http://register.consilium.eu.int/pdf/en/04/st06/st06406-re01.en04.pdf

[PIVISIT04] Privacy International, The enhanced US border surveillance system: an assessment of the implications of US-VISIT. London, September 28, 2004. Archived at http://www.privacyinternational.org/issues/terrorism/rpt/dangers_of_visi...

[RIDGE04] Tom Ridge and Colin Powell, Dear Mr. Chairman, letter to the Chairman of the House Committee of the Judiciary. Washington, D.C.: 2004. Archived at http://www.house.gov/judiciary/ridge031704.pdf

[USDOS04]U.S. Department of State, Abstract of Concept of Operations for the Integration of Contactless Chip in the U.S. Passport. Washington, April 26, 2004.