Legislation to require government-issued ID to vote in England, Scotland and Wales will lead to discrimination and exclusion.

Photo by Steve Houghton-Burnett on Unsplash

Legislation to "strengthen the integrity of UK elections and protect our democracy" through the Elections Integrity Bill was introduced to parliament this week.

This legislation will require people, for the first time in Great Britain, to show a state-issued photo ID, such as a driving license or passport, in order to exercise their right to vote, perhaps by the 2023 General Elections. The changes would affect elections in England, Scotland and Wales while voters in Northern Ireland are already required to show identification before voting.

Our first question is: Why? What problem is this requirement trying to solve? If it is to combat electoral fraud, then electoral fraud is exceedingly rare in the UK. According to the Electoral Commission, there have been a total of 9 convictions for electoral fraud from 2017-2019, with 3 allegations under investigation from 2020's local elections. This is out of a total of 47.6 million registered voters. But, of course, an ID requirement like this only combats one very specific type of electoral fraud: a person impersonating another, perhaps so they can vote more than once in the election. This type of impersonation fraud is rarer still.

In fact, ID requirements like these are unfair, discriminatory and have an impact not only on the electoral process, but also the fundamentals of a democratic society. They disenfranchise those without "accepted" forms of ID, such as the young, elderly and those on lower incomes. This disenfranchisement of potenitally millons of people in the UK creates much more problems for the democratic process than the one it is purporting to solve.

The UK government was warned by civil society that initial trials of compulsory ID for voters during local elections in 2018 would “disproportionately impact the most marginalised groups in society", that it was a risky move and an "solution in search of a problem."

This is by no means a concern for the UK alone. Most notoriously, voter ID is an issue in the US. Voter ID requirements are in place in 34 states in the US, despite the fact that voter impersonation fraud is extremely rare. These states require government-issued photo ID to vote, which 11% of the population - and up to 25% of African-Americans don't have - thus denying them their right to vote.

It also adversely affects those who have more difficulty getting ID, including those with low incomes, the elderly and disabled people. Voter ID has been described by the ACLU as "part of an ongoing strategy to roll back decades of progress on voting rights".

Canada introduced voter ID in 2007. A crucial difference between this and the proposed UK legislation is the breadth of documentation that is accepted as a form of ID for voting, from utility bills to library cards. Indeed, looking at the figures of Canadians who use forms of ID other than government-issued photo ID, we see that nearly 10% of voters with a severe disability use other forms of identification to vote. That only highlights the levels of risks of exclusion with the UK legislation.

Democracy is about more than just elections, and in other aspects of democracy ID can have a devastating effect. The necessity of having ID extends to other aspects of people's lives - as ID is required for more and more things, so the potential damage grows. Some people have ID, but face impossible hurdles to using it - for example, as PI has researched, trans people whose ID does not match their gender identity. Plus, the requirements to see an ID by the police is irregularly enforced, disadvantaging some individuals and communities more than others.

Whether in the UK, or around the world, ID has an impact on civil liberties, and increasing ID requirements has a deep impact on the most vulnerable.

Privacy International is analysing the other measures in the bill surrounding other aspects of the electoral process. But the UK government should focus on removing the barriers that enable people to vote, not creating them. 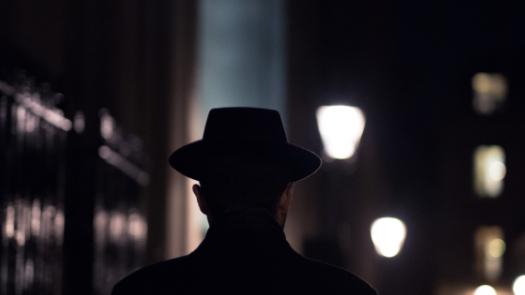