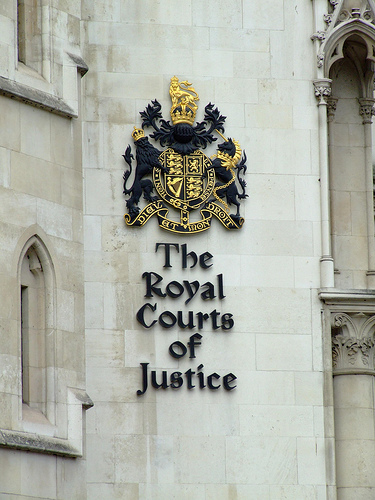 "This judgment exposes the widespread and sinister nature of police surveillance of ordinary members of the public in this country. It also acts as a safeguard against the creeping criminalisation of peaceful protest. The Association of Police Officers and Metropolitan Police Commissioner have sanctioned this unlawful conduct for almost a decade and must be made accountable”.

Last week three of the country’s most senior judges in the Court of Appeal found that the Association of Chief Police Officers (ACPO) and the Metropolitan Police Commissioner violated John Catt's human rights.

The case concerns the 88-year old activist John Catt, a frequent participant in protests and public demonstrations, including most recently that organized by a group called “Smash EDO” which campaigns against the weapon manufacturer EDO Defence Systems.

Although some of the core supporters of that group are prone to violence and criminal behaviour, Catt has never been convicted of criminal conduct in connections to the demonstrations he attended. Nonetheless, Catt’s personal information was held on the National Domestic Extremism Database that is maintained by the National Public Order Intelligence Unit. The information held on him included his name, age, description of his appearance and his history of attending political demonstrations. The police had retained a photograph of Mr Catt but it had been destroyed since it was deemed to be unnecessary. The information was accessible to members of the police who engage in investigations on “Smash EDO”.

In the ruling the Court of Appeal departs from earlier judgments by mentioning that the “reasonable expectation of privacy” is not the only factor  to take into account in determining whether an individual's Article 8 (1) right has been infringed. In surveying ECtHR case law, the Court noted that it is also important to check whether personal data has been subjected to systematic processing and if it is entered in a database. The rationale to include consideration of the latter two categories is that in this way authorities can recover information by reference to a particular person. Therefore, “the processing and retention of even publicly available information may involve an interference with the subject’s article 8 rights.” Since in the case of Catt, personal data was retained and ready to be processed, the Court found a violation of Article 8 (1) that requires justification.

The Court considered that a violation of Article 8 (1) which is compliant with Article 8 (2) needs to pursue a legitimate aim and it needs to be proportionate. In regard to the former, it is not disputed that the database was maintained in order to detect and prevent crime. In regard to proportionality, the Court of Appeal stated that the aim of retaining Catt’s data was to obtain a better understanding of how Smash EDO is organised and to be in a position to forecast the place and nature of its next protest. The Court found that “[i]t is not easy to understand how the information currently held on Mr. Catt can provide any assistance in relation to any of those matters.” The Court continued by stating, “the systematic collection, processing and retention on a searchable database of personal information, even of a relatively routine kind, involves a significant interference with the right to respect for private life. It can be justified by showing that it serves the public interest in a sufficiently important way, but in this case the respondent has not in our view shown that the value of the information is sufficient to justify its continued retention.”

This judgment illustrates the positive impact of the European Convention on Human Rights on the privacy and data protection framework of the UK. Hitherto, UK courts primarily analysed whether an individual has a “reasonable expectation” to privacy when determining whether Article 8 had been engaged. By referring to ECtHR case law, the Court of Appeal added in the Catt case the analysis of whether “systematic processing” and “entry into a database” took place. Nevertheless, the judgment does not generally prohibit the processing of personal data of innocent people. The Court mentioned that in general data retention of activists serves the public interest in a "sufficiently important way". In the case at hand, information held by Mr. Catt was of no use. What we are missing is a clear message urging the creation of a legal framework which narrows down the possibilities in which data of peaceful protesters can be retained.