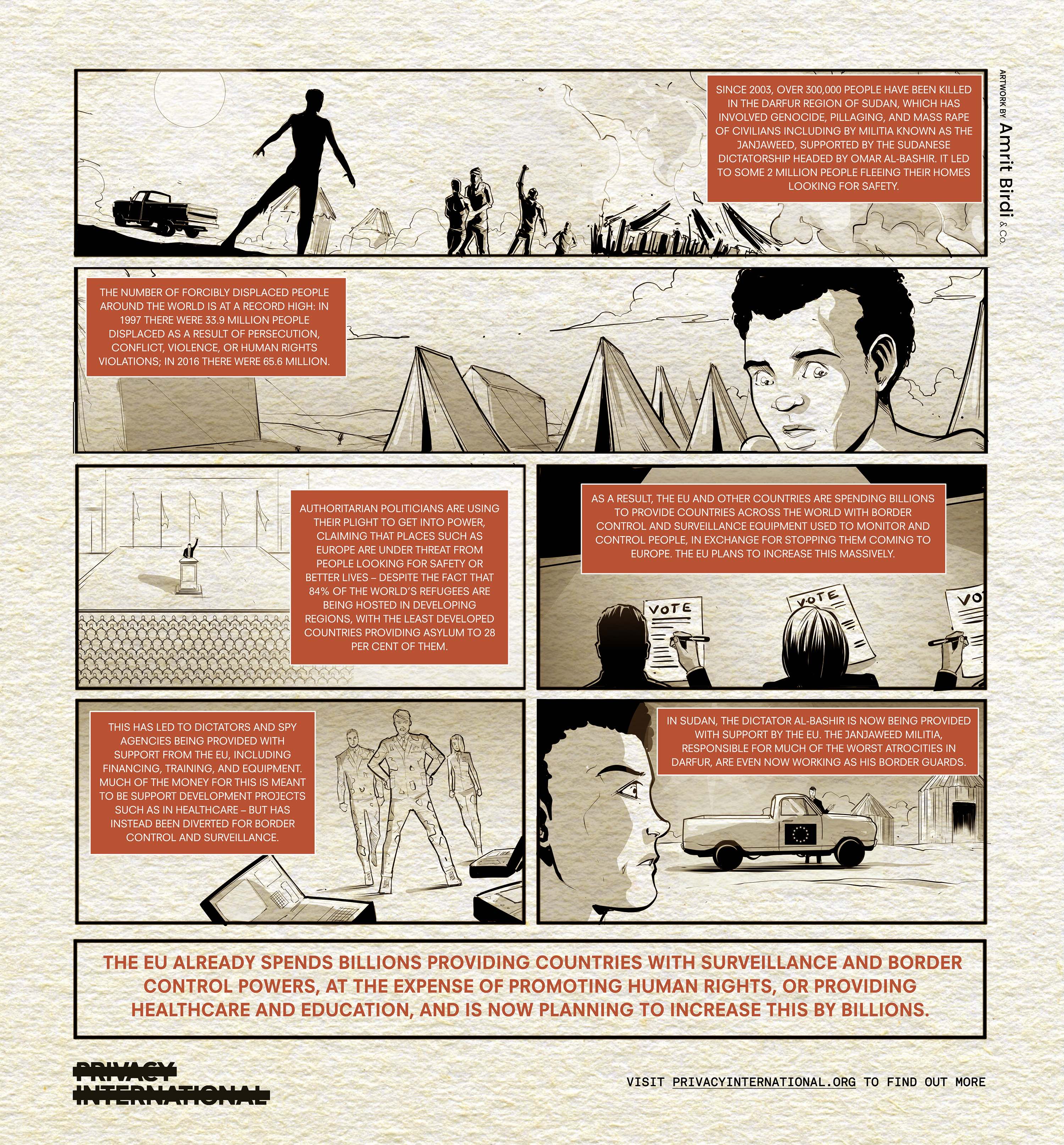 European leaders met last week in Brussels to discuss what is supposed to be two separate issues, the next trillion euro-plus budget and migration. In truth, no such separation exists: driven by nationalists and a political mainstream unable to offer any alternative but to implement their ideas, the next budget is in fact all about migration.

This strategy contained within the budget will get the approval of Hilary Clinton, who recently told the Guardian that ‘Europe needs to get a handle on migration’ to respond to populism.

Despite famously failing to beat one of the most scandal-ridden and inept political candidates in any western liberal democracy, her advice is already being implemented both at the EU and the US. While building walls and sending soldiers to the border are proving to be usefully divisive gimmicks, it is in some of the most little-known corners of their bureaucracies and in some of the poorest places in the world that entirely more significant walls are being built.

The idea is to make sure people never reach the EU or US border in the first place by making other countries stop them. To achieve this, the world’s most advanced and resourced security architectures are exporting their borders and surveillance capabilities to clients in Latin America and Africa, who are provided with generous amounts of money, surveillance equipment, training, and intelligence.

It should be clear that it is a terrible idea to adopt not only the populists’ narrative that migration is out of control, but also their solution - playing directly into their hands without addressing any of the underlying grievances that many people have against an economic system not working for them.

But worse than that, throwing money and some of the most advanced tools of political control at governments worldwide will not only entrench their power, it will come at the expense of building schools and hospitals – the very things which would stop people having to risk their lives in a desert or the Mediterranean in the first place.

It is both strategically naïve and outright colonial.

From Military Aid to Capacity Building

Following de-colonisation, such trade-offs were firmly rooted within the context of the Cold War: in return for their compliance, governments around the world were empowered with vast amounts of military aid. The hegemonic powers were concerned about zero-sum gains; they had little interest in complex internal power dynamics and how their assistance affected them, and less so in things like democracy and human rights.

The subsequent War on Terror led to the provision of more internal security capabilities around the world which could be used for asserting political control. Coinciding with the roll out of the internet and mobile devices, it meant there were vast new sources of data which could be used for intelligence-gathering and policing: in 2001, the US spent $5.7 billion on providing training and equipment to foreign security sectors - in 2017 it spent over $20 billion.

Complex regional power dynamics were reduced to theatres in the global War on Terror, in which significant support was available to anyone promising to assist in the fight; not just in actual theatres of war such as Afghanistan, but across the world, from Bosnia to Burkina Faso to Bangladesh.

Now however, it is migration which is taking centre stage.

The cornerstone of EU policy is the 2016 deal it made with Turkey, in which Erdogan’s government was provided with billions of euros for agreeing to host Syrian refugees and to step up surveillance and cooperation with EU border enforcement agencies.  Despite the fact that closing legal routes has led to dramatically greater rates of fatalities (there were 3771 fatalities recorded in the Mediterranean in 2015, and 3119 in 2017 despite there being 82% less people making the journey) and heavy criticism from NGOs concerned about the humanitarian impact, the agreement has been deemed a success.

The model is being used across the EU’s periphery. Reacting to wide press coverage of the ’migrant crisis’, the EU launched the Emergency Trust Fund for Africa in 2015 aiming to stop ‘irregular’ migration by, amongst other things, ‘enforcing the rule of law through capacity building in support of security and development as well as law enforcement, including border management and migration related aspects’. The fund, with a budget of 3.3 billion euros, contributes to 170 programmes across Africa from and through which migrants to the EU come.

One such programme, worth €28 million, is developing a universal nationwide biometric ID system in Senegal by funding a central biometric identity database and the ministry in charge, despite the very real privacy and security concerns. €15 million is being spent to establish a group of ‘cyber specialists’ ‘criminal analysts’, and ‘forensic specialists’ capable of conducting online investigations and collecting evidence from digital devices for police in Algeria, Egypt, Libya and Tunisia. The money is being used to train and provide them with ‘light equipment’, even as the legal framework for such surveillance is flawed in Europe itself.

It is a similar story in the US, where the migrant caravan has seen Trump overtly call for other countries to enforce his own political agenda. According to the Washington Office on Latin America, of the $1.1 billion in bilateral assistance provided in 2016 and 2017 by the US to El Salvador, Honduras, and Guatemala, over $700.3 million was for borders, drugs control, security, the judicial sector, or violence prevention.

Immigration Customs and Enforcement (ICE), which faces regular calls for its abolishment for its part in separating children from their families, trains foreign counterparts around the world, including in Mexico where officers trained their local counterparts ‘on how to properly and sensitively engage with various members of vulnerable groups’.

Other capacities provided to Mexico include ‘equipment and technical support to create a consolidated database to house biographical information on migrants’, checkpoint equipment, mentorship and training to the migration authority. Last year, the State Department initiated a $88 million programme to increase Mexican immigration authorities’ capacity to collect biometric data to then share with US authorities.

Empires have always exerted their power to form, shape, and control distant borders. These were entirely political constructs aimed directly at empowering themselves: to the extent they reflected any will of the people, it was in favour of those who were willing to cooperate with the security interests of the empire, often at the expense of their local rivals.

Today’s borders, many of which are inherited and direct results of colonial divide and rule policies, are being shaped by this same raw global power: the fact that these new empires see themselves as entirely benevolent is nothing new. If they want to maintain their power however, they must do so by addressing the actual needs of people, including better schools, hospitals, and jobs. People don’t need bigger walls, at home or abroad.