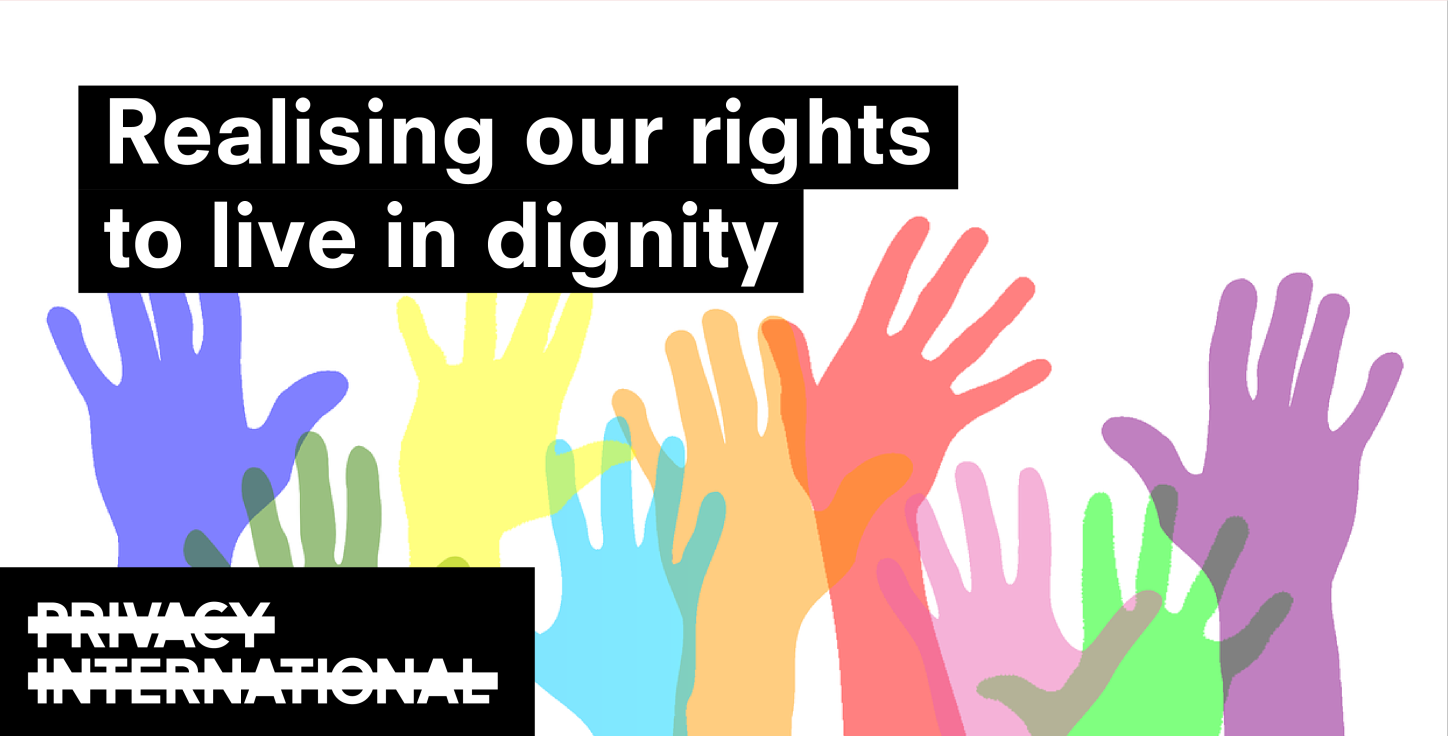 Tomorrow, the UN Special Rapporteur on extreme poverty and human rights will present his annual report to the UN General Assembly in New York on digital technology, social protection and human rights. On the same day, Privacy International will be launching its own series on surveillance in the provision of social services.

The Special Rapporteur warns that specific areas need to be addressed to "avoid stumbling zombie-like into a digital welfare dystopia" and that "values such as dignity, choice, self-respect, autonomy, self-determination, privacy, and a range of other factors are all traded off" supposedly in the name of efficiency, budget-saving, flexibility and fraud detection.

The case-studies and harms presented in the report, supported by the submissions of various stakeholders, illustrate the existing threats resulting from the current understanding and direction of the digitisation of social welfare. Ensuring that new technologies can "transform the welfare state for the better" requires rethinking the current approach to digital welfare, ensuring strong regulation and adopting a human rights approach.

KEY TAKEAWAYS FROM THE REPORT

"The fact that surveillance mechanisms primarily target marginalized and impoverished populations is not something new in Latin America. However, the emergence of new forms of social control hidden behind promises of more efficiency brought by new technologies seriously risk increasing the distance between rich and poor in the world’s most unequal region. The need to deliver basic services is used as an excuse to develop mandatory biometric identification and predictive systems and subject the most vulnerable groups to full exclusion or invasive public and private surveillance, making the exercise of fundamental rights a privilege of the few who can pay for them."

Nathalie Fragoso, Head of research on Privacy and Surveillance at InternetLab said:

"The right to privacy and informational autonomy must be considered and complied with in welfare systems. In Brazil, for example, the enrollment in PBF (Bolsa FamÍlia Program) involves the massive collection of information, in principle, obtained to identify and address, through this and other federal programs, vulnerabilities experienced by a large part of the Brazilian population. However, shortcomings in the information security policy and the resulting risk of sensitive data exposure remain concerns. Such vulnerability has major repercussions, like the leakage and use of beneficiaries' data in the last electoral campaign by one of the presidential candidates.”

As part of its new strategic programme aimed at safeguarding peoples’ dignity, Privacy International (PI) is researching and documenting the drivers of digital systems for the realisation of economic, social and cultural rights, as well as the role of the private sector as suppliers of technological solutions.

Privacy International is working with partners in Brazil, Chile and India to challenge the role of surveillance and data exploitation in social benefits systems.

We aim to also alert the donor community and other drivers of data intensive welfare programmes to ensure that the dignity, and rights of individuals, especially those most marginalised, are protected in the programmes they fund and encourage, particularly in countries where these are being developed as part of development and aid projects.