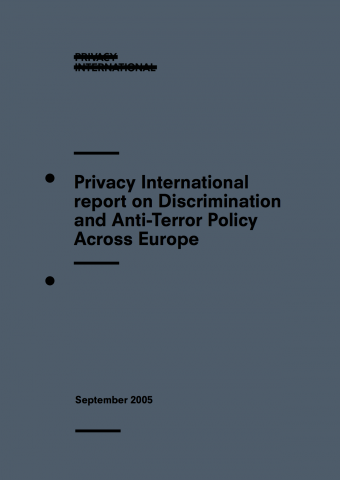 Race relations across European states are usually far from ideal. However in law, European countries appear to grant Europeans ideal protections against discrimination. There are mounting tensions with ethnic and minority communities in countless European countries, with particular suspicion and aggression pointed towards the Roma people, Travellers, Northern Africans, Turks, Jehovah’s Witnesses, and people of Islamic and other faiths. Increasingly these groups are finding safe havens behind European laws.

With the rise of attention towards anti-terrorism policies, there are mounting concerns that the tensions will only rise further. As a consequence, anti-terror laws are increasingly drafted to be non-discriminatory in response to fears voiced by ethnic and minority communities.

Yet even taking such a non-discriminatory approach will take us down a hazardous route. First, we fail to acknowledge that the principle of ‘freedom from discrimination’ is upheld for the most part in law but the political reality is that discrimination emerges nonetheless. Second, this conflict between principle and practice is only made worse by attempts to make generalised policies that are colour-blind and without regard to faiths. Attempts to develop non-discriminatory and indiscriminate policy are fraught with peril, and the chosen paths of reconciliation threaten European society as a whole.