Aristotle is a Digital Campaigning Company headquartered in Washington D.C. with offices in Atlanta, San Francisco, Toronto, London and Utah. It was founded in 1983 by brothers John and Dean Phillips (CEO and president, respectively).

What does Aristotle do?

According to their website, Aristotle offers a range of services, from selling data (including voters data) to customised solutions including data integration solutions, digital lobbying tools, consultation and outsourcing. Aristotle also operates in the [ID market and offers ID and age verification solutions.

Aristotle has reportedly been involved in political campaigning at least in the US, Kenya, Venezuela and the UK.

Aristotle collects data from a variety of different sources, reportedly including companies like Axciom. In the US, it claims to have over 215+ million registered voter files , 245+ million consumer lists and 145+ million donor files. It has information on expatriates and nationals of other countries outside the US including a 25 million person database for the UK. This data is accessible through its VoterListOnline service.

Through VoterListsOnline, the the company claims to have "1000+ appended data points" which is "updated monthly with the National Change of Address (NCOA) and Social Security Administration (SSA) to flag for moved and deceased..." In addition, the company says,  "We append detailed demographic information including, but not limited to: lifestyle information, voter frequency, landline and mobile phone numbers, emails and more!" According to an article in Vanity Fair, "Aristotle can tell its clients more than just the predictable stuff—where you live, your phone number, who lives with you, your birthday, how many children you have. It may also know how much you make, how much your house is worth, what kind of car you drive, what Web sites you visit, and whether you went to college, attend church, own guns, have had a sex change, or have been convicted of a felony or sex crime."

Aristotle can also integrate clients' data into its services. Its business model is built on buying and selling data meaning the data collected can be bought by other companies.

Aristotle's privacy policy details how the company collects and uses personal information provided to them by users through visits to the website and completion of registration forms.

With regard to the services Aristotle offer, the privacy policy is US focused. It provides details of restrictions on the use of and access to US voter lists in some jurisdictions. In addition, the policy provides details of regulations relating to information that may be obtained from the Death Master File (DMF), a US database containing information about people whose deaths were reported to the Social Security Administration from 1962.

As part of the "Data Science and Analytics" service, Aristotle's customers can, according to the company, "receive the most granular analysis of potential voters, party affiliation and propensity to give with machine learning models."

In a partnership in 2017 with Matchbox, a company best known for developing the voice application behind Alexa, Aristotle announced: "This collaboration offers predictive models that can indicate a person’s political party affiliation, their likelihood to vote, and their propensity to give to a political campaign or association."

In addition, the partnership with Matchbox allows the combination of Aristotle's voters data with modelling technologies that empowered them to predict numerically which party an individual voter would cast their ballot for on a scale of 1–100 with 100 as the strongest party affiliation. Aristotle wrote, "Determinants such as geographic location, issues the voters support, voting history and donations to causes help create this modelled ranking. For example, a 100/100 on the Republican scale would be someone who lives in a traditionally red district, has voted Republican their whole life, and donates to and supports conservative causes. They will always vote with their party."

Among the products Aristotle offers, some allow advanced tracking features allowing a client to track donors, volunteers and supporters, monitor fundraising progress, and deploy other communication and mobilisation tactics through an online dashboard. These tools permit a granular analysis of people's intent and are used for targeting.

When Your Data Becomes Political

Increasingly, political parties, political campaigns and those who work for them tap into and exploit our data to seek to influence us.  It is essential that legal safeguards are in place and enforced to challenge these practices.

"THE 2000 CAMPAIGN: THE INTERNET; Voter Profiles Selling Briskly As Privacy Issues Are Raised."

"For Sale: The American Voter." 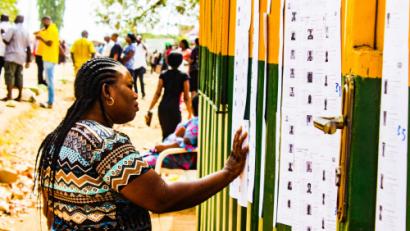 PI highlights the need for urgent reform of the use of personal data in political campaigning. 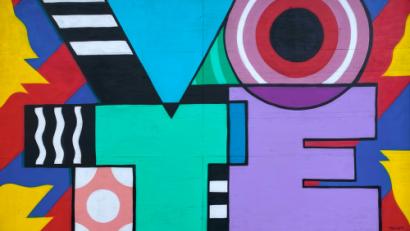