US Immigration and Customs Enforcement (ICE), the agency at the centre of carrying out President Trump’s “zero tolerance” approach to immigration enforcement and family separation, has for years been contracting a US surveillance company to intercept peoples’ communications across the United States.

The wide potential scope for the use of the powers raises concerns about their use for the real-time surveillance of people, families, and communities caught up in Trump’s immigration crackdown, including in sanctuary cities that have otherwise limited the extent to which local law enforcement are allowed to cooperate with federal immigration agents.

In 2014, US-based surveillance and analytics company, JSI Telecom, signed a contract with ICE worth over $19.7 million for annual support, operation, and maintenance of its “Title III digital collection system”, according to US procurement records. The latest contract is due to end in January 2020.

The enforcement agency intercepts wire, oral, and electronic communications—which includes the contents of calls, text messages, and emails—pursuant to judicial orders issued under Title III of the Omnibus Crime Control and Safe Street Acts of 1968 and subsequent amendments.

A judge can issue such an order when there is probable cause to believe that particular people committed particular felony offenses. Since 2014, federal and state authorities have submitted 14,683 applications for wiretap orders to judges, who have granted all but three of them.

The scope of potential offences under which people can be wiretapped pursuant to Title III is so wide, that such offenses can include helping or encouraging people who are undocumented to enter, travel in, or reside in the United States. This also includes anyone who transports or “attempts to conceal, harbor, or shield from detection” anyone in the US who entered outside of officially designated ports of entry.

Such a wide scope raises huge concerns that judges and authorities could use such orders to monitor and criminalise millions of Americans, including almost six million citizen children under the age of 18 living with a parent or family member who is undocumented. ICE has said it deported 256,000 people in 2018, a record amount, including 5,571 unaccompanied children. ICE is also known to be monitoring people sympathetic to enforcing immigrants’ rights, labelling them as “Anti-Trump” protestors. It was reported earlier this week that ICE is locking up thousands of people it has detained in solitary confinement by exploiting measures supposed to be used as a last resort.

JSI Telecom, which describes itself as a “leading provider of communications intercept collection solution”, is one of over 500 companies worldwide which profits from governments' demand for advanced surveillance tools. In addition to ICE, JSI has surveillance contracts with the Drug Enforcement Administration and the Federal Bureau of Investigation. It has also received payments from the State Department for projects in Guatemala and Indonesia, part of a broader programme of US agencies using aid and other public money to empower foreign security agencies with surveillance capabilities.

ICE relies on the private sector to implement Trump’s “zero-tolerance” approach to immigration enforcement. An analysis carried out by Privacy International last year showed millions of dollars being paid to companies for supplying ICE with data, analytics, and tech infrastructure. In addition to intercepting people’s communications, ICE also relies on open source and social media data analysis, for which it has paid over $37 million to data analysis firm Giant Oak.

But it is not only surveillance companies which provide ICE with people's data.

Your data can and will be used against you

ICE’s reliance on companies such as Thomson Reuters is one example of how the vast amount of data now being generated, stored and shared by the private sector, ostensibly for everyday purposes, can be fused and exploited for entirely different purposes. Around the world, companies and governments take advantage of advancing capabilities and weak rules to use such data for a whole range of functions, from targeting people for deportation to influencing elections.

As governments worldwide explore new ways to use this data to implement authoritarian and inhumane policies, companies which generate this data now have huge powers over people’s ability to exercise their constitutional and human rights. These companies face a choice: they can meet their responsibilities to protect these rights, or they can choose to profit from their violation.

Ensuring that they make the right choice however cannot be left up to profit-driven corporate leadership: customers, shareholders, and employees – on which these companies rely – need to demand that they do so. 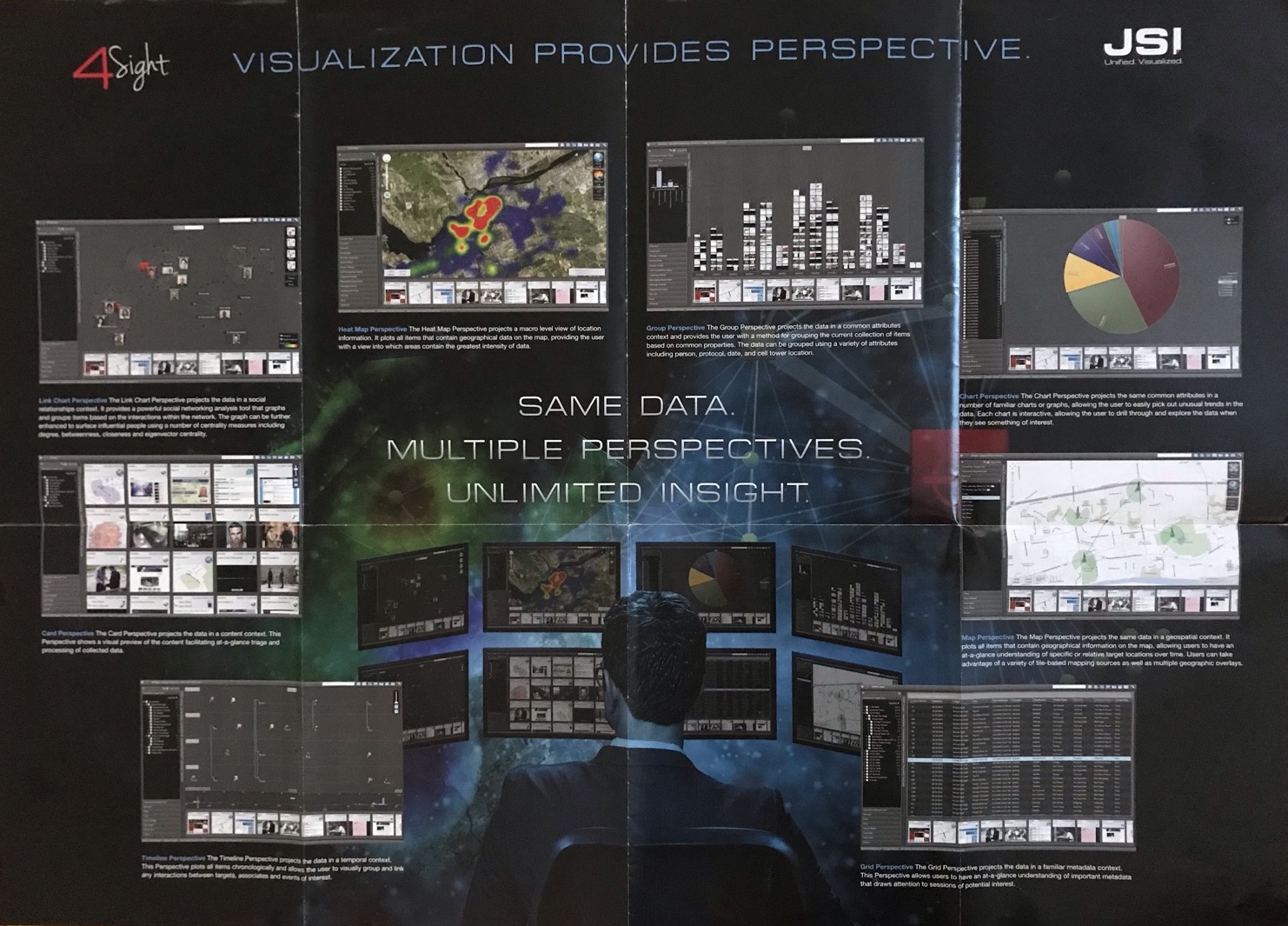 2. Images from a brochure marketing one of JSI Telecom’s products, 4sight, which uses Deep Packet Inspection to collect and analyse a wide range of internet traffic.

Satellite and aerial surveillance for migration: a tech primer

An array of digital technologies are being deployed in the context of border enforcement. To effectively critique state use and delve into potential benefits of satellite and aerial surveillance, we must first understand it. 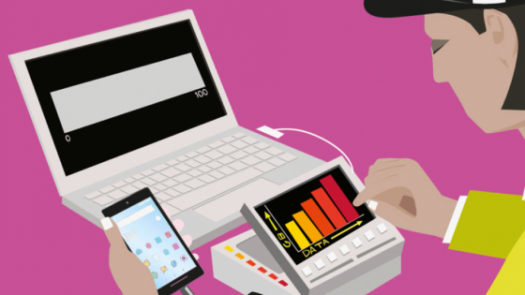