Data-exploitative tactics are obstructing the exercise of safe abortions worldwide, often without the victim's knowledge, and with potentially irreversible consequences.

Safe access to abortion is far from guaranteed throughout the world. And in many countries, there are groups working hard to make sure that safe access to this vital component of reproductive healthcare remains out of reach.

Online platforms are the new arena of anti-reproductive advocacy, and those opposed to reproductive rights are increasingly deploying digital, data-exploitative strategies. By using and developing digital technologies designed to collect large amounts of intimate data on people either researching or actively seeking an abortion, opposition groups actively stand in the way of them accessing abortion care.

These novel strategies differ from traditional methods of opposition advocacy in one crucial way: these tactics are often opaque and this means online users are often unaware that they are being targeted in the first place.

Targeted ads on social media platforms are one such tactic. Platforms offer advertisers a series of ad targeting capabilities, which enable advertisers to define an audience with increasing granularity. Instead of offering reliable medical information and real options for abortion care, they often spread scientifically dubious information and seek to manipulate vulnerable pregnant people into not getting an abortion.

Some opposition actors rely on direct, one-to-one communication channels to influence women to turn away from abortion services, such as online chat services on neutrally-appearing websites with a hidden anti-abortion agenda. These seemingly friendly chatboxes can prompt the unsuspecting user to share deeply personal information with an actor that they erroneously believe is acting in their best interests. Concerningly, the development of chat services for opposition websites appears to be increasingly centralised. Heartbeat International, an important player in the global anti-abortion scene, has developed and made commercially available a chat service which requires online users to enter their name, demographic information, location information, as well as indicate if they are considering an abortion, prior to starting a conversation.

The consequences of such personal data falling into the wrong hands can be serious. In Brazil, a 10-year-old rape survivor was harrassed at the entrance of the hospital where she was due to receive urgent abortion care after her personal details were leaked to the public by an opposition activist. Given the potential implications of data misuse, any abortion website - whether misleading or otherwise - openly seeking to collect personal information should be expected to comply with heightened privacy standards. And yet, opposition websites often don’t. A study carried out in Peru revealed that all surveyed anti-abortion websites with data collection capabilities lacked a privacy policy.

Other tactics operate in more clandestine ways. Geo-fencing allows groups to enclose a geographic area - say an abortion clinic - with a digital ‘fence’, and allows them to tag people inside, following them around the internet - and targeting them with often misleading anti-abortion adverts. An undercover investigation has documented opposition groups admitting to using geo-fencing technologies not just to target ads, but to find out personal information about the users of the tagged mobile device.

These delaying tactics matter because abortion is a time-bound activity. All countries where abortion is legal have some kind of time limitation - some heavily restrictive, such as the so-called ‘heartbeat’ cut-off, which outlaws abortions as early as at the six week mark. Anti-abortion activists don’t necessarily need to convince someone not to get an abortion: they merely need to prevent them from getting access to information and/or care for long enough.

Technology has a real chance to expand access to reproductive health information, services, and care to allow people to exercise their reproductive rights with autonomy and dignity. But that will only be the case if we pay attention to the ways in which anti-abortion activists are subverting that promise.

It’s a theme we’ve seen time and time again - the promise of new technologies ultimately leading to a series of societal issues.

To make sure that doesn’t happen this time PI is calling for:

Those opposed to reproductive rights, including anti-abortion activists, are only just getting started. And this is a battle we can still win.

Digital health apps of all kinds are being used by people to better understand their bodies, their fertility, and to access health information. But there are concerns that the information people both knowingly and unknowing provide to the app, which can be very personal health information, can be exploited in unexpected ways. 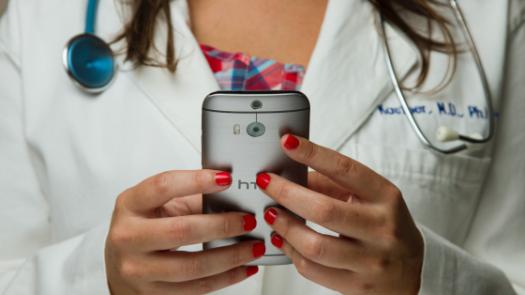 Digital Health: what does it mean for your rights and freedoms

Governments have been digitising their health systems and, more broadly, healthcare. We provide an overview of what digital health initiatives have been rolled out, for what purpose, where and by who, as well as some of the concerns they raise for the enjoyment of fundamental rights and freedoms.